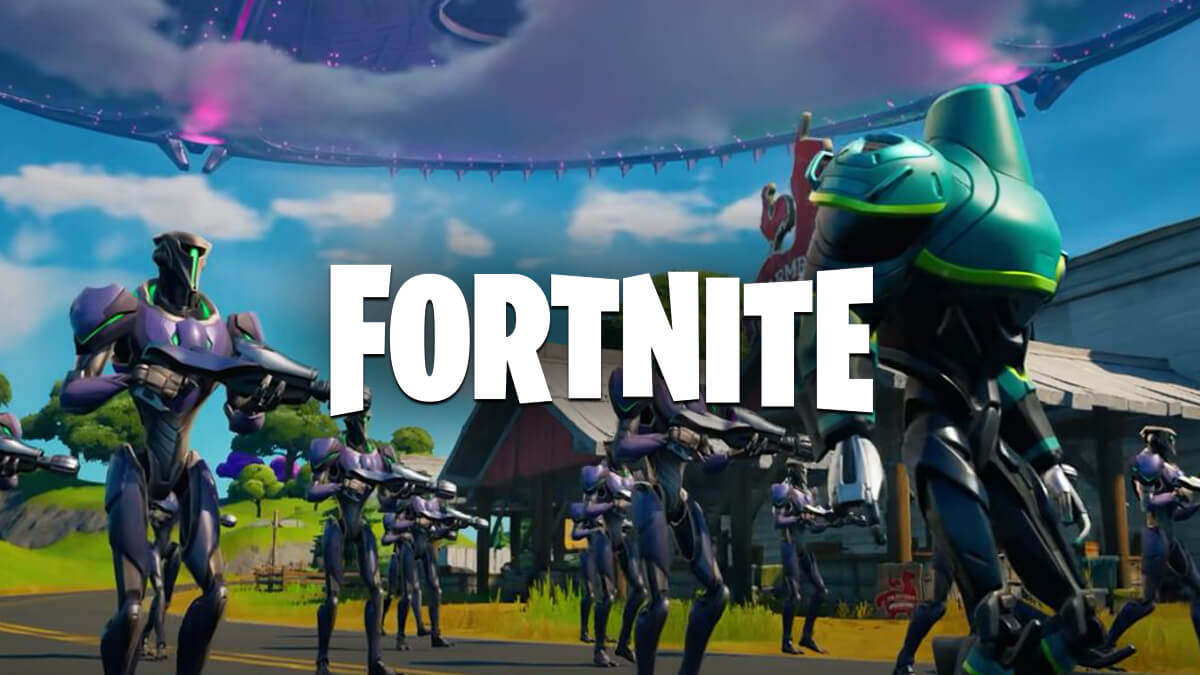 Mythic weapons are better than ones that you have grinded and improved over several years.

However, choosing the weapon, how to improve it, and what hero loadout to run it with is a confusing task. Perk up is not easy to grind; thus, it’s essential to choose the right weapon from the beginning. This article will cover all of those aspects concerning Mythic weapon in Fortnite.

How to get Mythic weapons?

You can obtain Mythic weapons only in Fortnite: Save the World. To do it player needs to kill the Mythic Storm King, and you can do it once per week. There is a 100% chance of Mythic weapon drop after defeating the boss. However, you need to complete a weekly Scions quest every single time to obtain the cache with a weapon. This cache provides you with a random Mythic weapon. Luckily, developers excluded the chance of getting a duplicate. That little feature saves a lot of time. Believe us.

Storm King’s Wrath is the Mythic explosive weapon. This gun became so popular because it makes your next battle with Mythic Storm King easier. Storm King’s Wrath is capable of doing eight-digit damage. Basically, after getting this Mythic weapon, Fortnite sets on “Easy” difficult. This weapon consumes energy ammo (Epic Games fixed energy ammo economy), and its special perk allows it to chain many targets on hitting. Besides that, you can charge up the launcher. Charging up generates more heat and consumes more ammo. However, the following charge will split up to a maximum of 3 and deal A LOT of damage. None a single hero loadout is best for this weapon; however, we recommend you go with increased Energy damage.

In conclusion, we want to inform you that you can use Damage to Mist Monsters and Bosses in the last slot to optimize your Storm King mission.

Storm King’s Fury is a weapon, with Storm King’s hand in it. The hammer’s signature perk permits the player to obtain stacks with every hit he does to the enemy. You can see the stack by tiny purple orbs revolving around the weapon. The player can use a basic heavy attack to summon meteors from the above to 313 percent damage. Understand that you need to use this heavy attack when you’re on the ground. Utilizing a heavy attack with Storm King’s Fury mid-air will trigger that basic attack. This weapon is great to use with a basic melee build. We recommend choosing the constructor way with Tank Penny or a ninja route with Assassins Sara hammer. Have Arleen Izze in the Support slot to restore health.

Remember that the Mythic King’s Fury is the best melee weapon to use for the Storm King’s horns.

Storm King’s Onslaught is the Mythic pistol that provides the player with something like an aimbot. The static perk of this weapon: “Fires homing projectiles that seek out the target’s head.” This weapon allows you legally use aimbot, and this is awesome. In addition, this pistol has an absurd range. The reason for this is: “Aiming down sights increase the lock-on range from 4 tiles to 12, but decreases fire rate by 50%”. Storm King’s Onslaught is the pistol with aimbot and a range of assault rifle.

We use Fire Rate on the last slot while using the support character with increased Critical damage. Two critical damage rolls will allow this pistol to cause 345% critical damage in this setup. Our team advises you to use Ranger Beetlejess, and the Crackshot Mad Tidings build.

Storm King’s Scourge is the Mythic Assault Rifle that possesses nearly perfect accuracy. This assault rifle is not too special in itself, to be honest. The reason for this is that this gun has an underwhelming and boring perk in comparison to other mythic weapons. “Hitting an enemy applies a charge. Building up to 5 charges or switching targets detonates the charges, dealing 100% of weapon damage to the target and nearby enemies. Each charge increases the radius up to a max of 0.75 tiles.”

This gun is similar to the Explosive Rounds perk that is already in Fortnite. Yes, Storm King’s Scourge is the best assault weapon in the game, but its perks make it boring to use compared to the ability to summon down meteors with the hammer. Sledgehammer remains the best hero to choose if you like playing with assault rifles.

Do you want to learn how to play Fortnite on a professional level? Are you tired of dimwitted teammates? FineBoosting came to change this! We present you with Arena, Win, Battle Pass, and Leveling boosts. It’s completely affordable and 100% safe. Just fill the easy form on our site, and a team of professionals will help you out. Stop being at the bottom. Level up with FineBoosting!

Storm King’s Ravager is the Mythic sword. This sword has the noble launcher as its heavy attack, making this weapon funny to use. The mechanics of this sword seems similar to a noble launch if we exclude the charging. Besides that, players can obtain stacks with this weapon to increase the width of the wave with each stack.

Deadly Blade Crash is a great hero pick for this weapon, although you could take several routes with it considering it is pretty much a better Spectral Blade.

The Mythic Storm King’s Portal is an exciting and challenging challenge in itself. Thus it offers the best rewards in the game. It is essential to remember that after your first time beating the Mythic Storm King; you will need to complete the Scions quest again. It means that you can get two Mythic weapons in the first week.

We hope that this Fortnite Mythic Weapons Guide helped you figure out what mythic weapon you want and which to pick for your weapons. Our team wishes you good luck and see you in the next one.